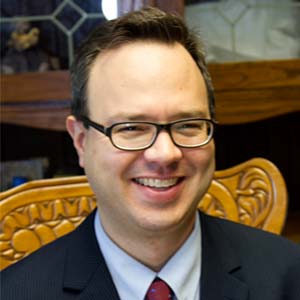 Dr. Jonathan Casciano was born in Little Rock summer of 1974. He grew up in Little Rock and attended Montessori schools for elementary school and Horace Mann Magnet for middle school. He participated in soccer at the old westside YMCA and was active in the local youth orchestra during middle school and high school. Jon was a proud graduate of Little Rock Central High in 1992. Dr. Casciano attended Brandeis University near Boston on a music scholarship for violin and he received his Bachelor’s and Master’s degrees in American History in 1996. He lived in Boston for several years and worked at several Biotech companies. During that time he began dating his future wife, Shelley, who was a fellow Brandeis graduate. In 2000 he moved back to Little Rock to attend medical school at the University of Arkansas for Medical Sciences. During medical school, Dr. Casciano and Shelley married and they had two young boys who currently attend Little Rock public schools.

Dr. Casciano graduated from medical school with a 4.0 record and was elected to the Alpha Omega Alpha medical honor society. He was accepted to the prestigious Jones Eye Institute for training in Ophthalmology and spent one year as a medical intern at the UAMS Internal Medicine department. Jon spent his residency at UAMS, Arkansas Children’s Hospital, and the Central Arkansas VA hospital. He was elected resident of the year during his final year of residency in 2009. He was then accepted to the University of Michigan Kellogg Eye Center and Dr. Casciano spent a year studying cornea transplants, external eye disease, and LASIK at the world renowned hospital in Ann Arbor, Michigan. Dr. Casciano spent several years working in private practice in Manchester, New Hampshire before returning to Little Rock to practice Ophthalmology.

Dr. Casciano spent 6 years working at the Central Arkansas VA, and he was chief of service for 3 of those years. He oversaw a major expansion of services to our region’s veterans, and raised the profile of the residency program by greatly increasing the number of cataract cases performed by the surgical trainees. At the VA, Dr. Casciano was active teaching cataract surgery, corneal transplantation, and ocular surface diseases. He also performed medical and surgical care for the very large number of glaucoma and retina patients at the VA. Dr. Casciano brought many of the most up to date technologies to our veterans, including surgical tools and techniques, toric lenses, multifocal lenses, minimally invasive glaucoma surgery, and corneal endothelial transplants. Dr. Casciano was proud to serve our veterans and he always fought to provide them world class care.
Dr. Casciano was delighted to join his mentor, Dr. Carol Chappell in 2016, and since her retirement he is the primary doctor at Arkansas Ophthalmology Associates. Dr. Casciano sees patients in clinic at the Blandford Building on St. Vincent’s campus and performs surgery at Fair Park surgery center in Little Rock and Baptist Springhill in North Little Rock.